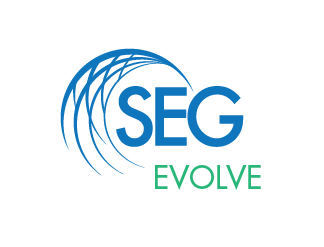 For the second consecutive year, Instituto Superior Técnico (IST) was selected to participate in the 2019 EVOLVE Program, a student program from Society of Exploration Geophysicists (SEG) sponsored by SEG Foundation and Halliburton. Among almost 40 applications from universities around the world, 20 were selected to participate in this EVOLVE edition. Unlike most of the participants, the IST team will participate in a joint venture collaborating with the University of Trieste (Italy). The team is composed by six members, four students- João Jorge, Abdullah Nouh, Pedro Pereira, Fabusuyi Oluwatosin John- enrolled in M.Sc. and Ph.D. in Petroleum Engineering at IST and two students -Nadia De Nardi, Federica Di Corato-in M.Sc. in Geosciences (Exploration Geophysics) at the University of Trieste. The project consists on the creation of a “real” oil and gas company in order to provide the best investment opportunity regarding the exploration and production of a given oil field. The EVOLVE Program will run during several months (February – May), with the final presentations on 15th September at 89th SEG Annual Meeting in Santo Antonio (TX, USA).